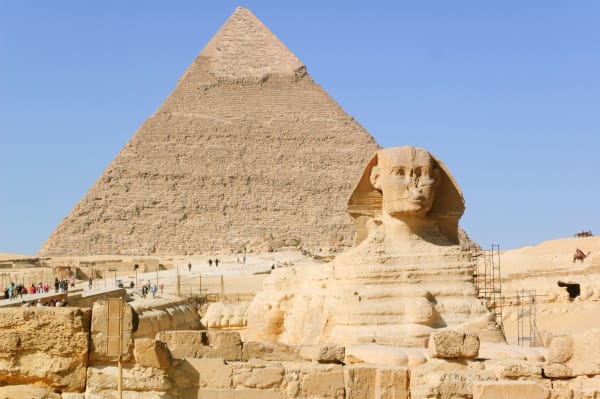 No Egypt Tour would be complete without seeing the Great Pyramids of Giza, but most people don’t realize that these ancient monuments are bordered by a modern, chaotic city and not isolated in some remote desert like many pictures would have you believe. There are hotels and high-rise apartment blocks full of satellite dishes facing the famous pyramids, and “pyramid-view rooms” or “pyramid-view apartments” come with a higher price tag. There’s even a Pizza Hut/KFC right across from the Great Sphinx (located adjacent to the pyramids), jostling for space alongside all the souvenir shops selling papyrus paper paintings and alabaster cats! 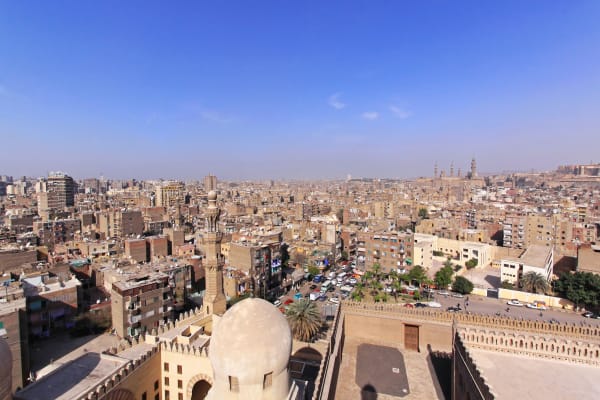 The Cairo metropolitan area literally sprawls, in all its dusty glory, all the way to the gateway of the site. It can be jarring to realize how abruptly the city ends and the pyramids begin, with the sand stretching behind them as far as the eye can see. This is the angle from which all the photos are taken, but we feel it's important to prepare our guests for the reality of the scene. If you’ve always dreamed of seeing the ancient Egypt pyramids, you’ll still feel that sense of awe and wonder, and our private guide will help you navigate past the tour groups and hawkers and find the best spots for your IG-worthy photos. 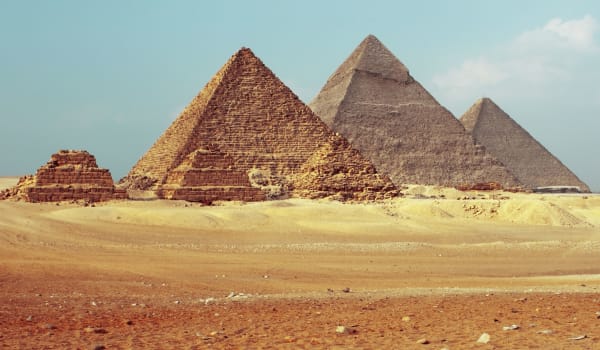 The Great Pyramids of Giza

The Great Pyramids of Giza can be visited as part of a day tour in Cairo, and we like to include them as part of a day tour where you first visit older pyramids that are scattered around Cairo, to get a sense of the history and build up to the Great Pyramids. We start with Saqqara, a vast ancient Egyptian burial ground located about 20 miles south of Cairo. Saqqara features numerous pyramids as well as mastaba tombs (rectangular, flat-roofed burial structures used for pre-Dynastic pharaohs or nobility). However, the most prominent monument here is the Step Pyramid (also known as the Pyramid of Djoser), the world’s oldest standing cut-stone structure, dating back to the 27th century BC. The pyramid was recently reopened for visitors in March 2020 after a 14-year restoration process. 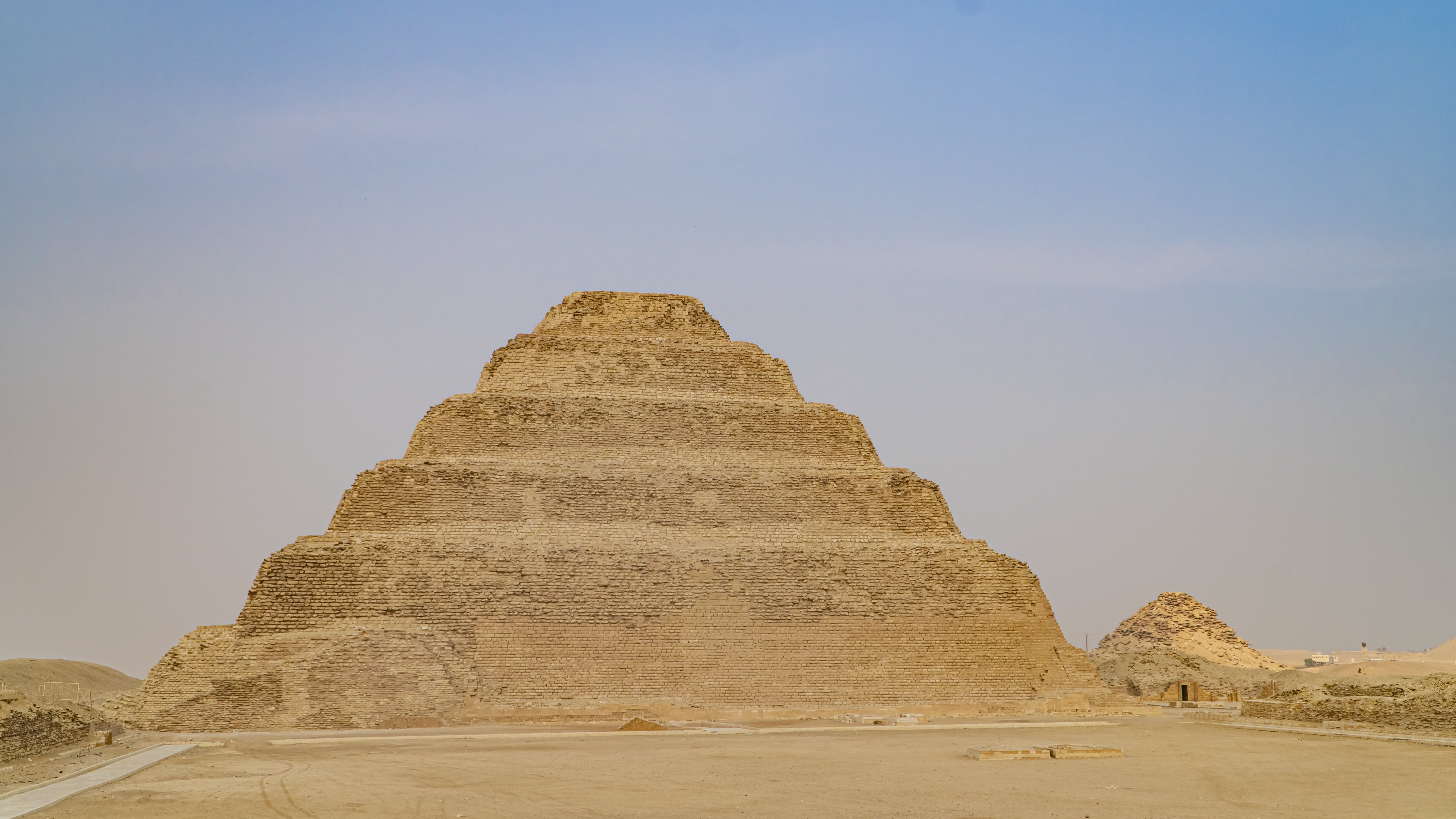 The Step Pyramid ( or Pyramid of Djoser)

The tour then continues southwards to Dahshur, another royal necropolis, housing the Bent Pyramid and the Red Pyramid. The Bent Pyramid was built under the reign of Pharaoh Sneferu around 2600 BC and represents a transitional form of pyramid-building between step-sided and smooth-sided pyramids. The Bent Pyramid rises at an angle of 54 degrees, but the top section is built at an angle of 43 degrees, giving the pyramid its “bent” appearance.The nearby Red Pyramid is the world’s first successful attempt to build a smooth-sided pyramid. Since July 2019, Egypt has opened the inside of the Bent Pyramid for tourists for the first time since 1965. Visitors will be able to reach two 4600-year-old chambers through a narrow 260-foot tunnel built from the northern entrance of the pyramid.

Before moving on to Giza, a lunch stop will be made at a local restaurant. We recommend trying the kushary, one of the most popular dishes in Egypt, which consists of a mix of rice, lentils, chickpeas, and pasta combined with tomato sauce and topped with caramelized onions. 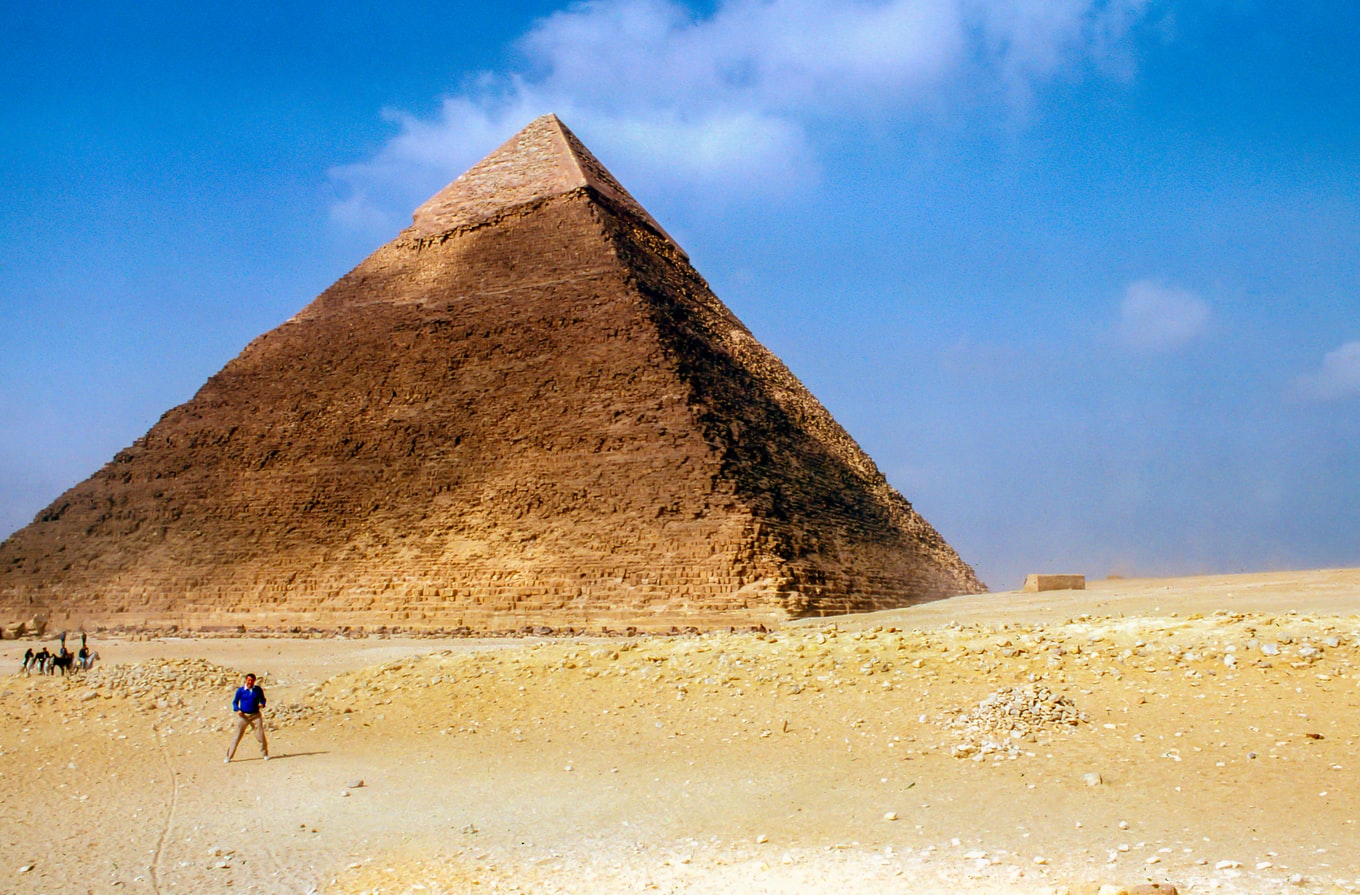 After lunch, visit the three most spectacular pyramids of Egypt, the Great Pyramids of Giza.The Great Pyramid of King Cheops (also known as the Khufu Pyramid) is the oldest and largest of the three pyramids at Giza and the oldest of the Seven Wonders of the Ancient World. Egyptologists believe the pyramid was built by Pharaoh Khufu (the Greeks referred to him as Cheops) for his tomb over a 10-20 year period and was finished around 2560 BC. The Great Pyramid was originally covered by smooth limestone casing stones, but what we can still see today is the underlying core structure made of granite blocks. And did you know that grade-school theory that the pyramids were built by slaves has been debunked? In 2010, a tourist riding a camel around the site stumbled upon some uncovered tombs. Archaeologists excavated these tombs and discovered they were built as tombs for the skilled workers building the pyramids. The theory now is that these highly-skilled workers were paid local Egyptians and slaves would never have been allowed to be buried so close to the tombs of pharaohs.

The two smaller pyramids at Giza were built by Khufu’s successors Khafre (also known as Chephren) and Menkaure (or Mycerinus). The Pyramid of Khafre is almost as large as the Khufu Pyramid, whereas the Pyramid of Menkaure is significantly smaller. The Giza complex also contains a number of smaller buildings known as the Queen’s pyramids as well as the Great Sphinx. The Sphinx was built around 2500 BC and the face is believed to be carved in the image of Pharaoh Khafre to guard his pyramid tomb. To this day, the sphinx’s broken nose remains a mystery.

The other must see site while in Giza is the Solar Boat Museum, which houses a 4500-year old boat of Pharaoh Khufu, built from cedar trees from Lebanon and stretching almost 150 feet in length. The Khufu ship is an intact full-size vessel that

was originally buried into a pit at the foot of the Great Pyramid, most likely to be used by the Pharaoh in his afterlife. It was discovered in 1954 and reconstructed over a period of many years until ready for display in 1982. 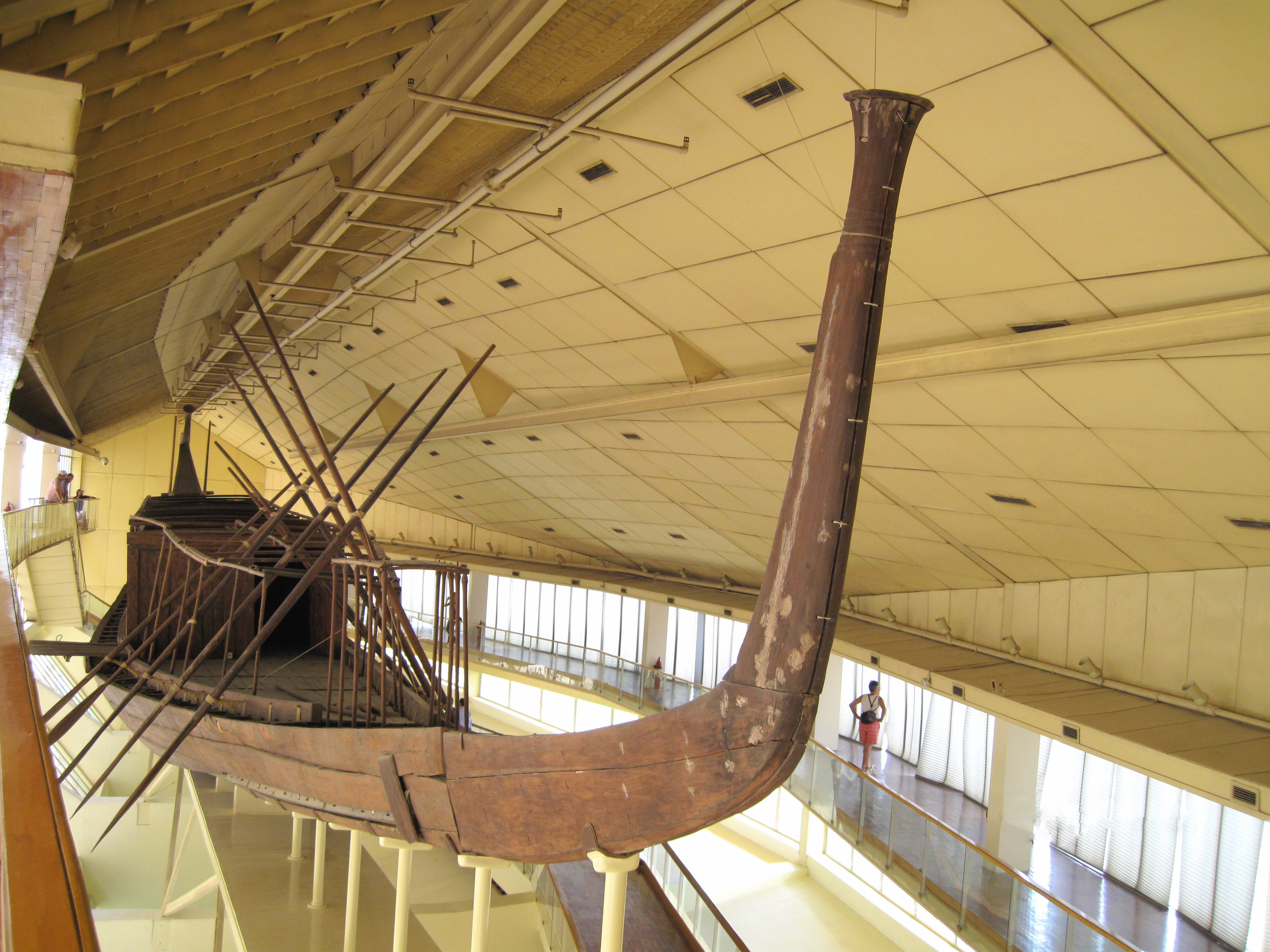 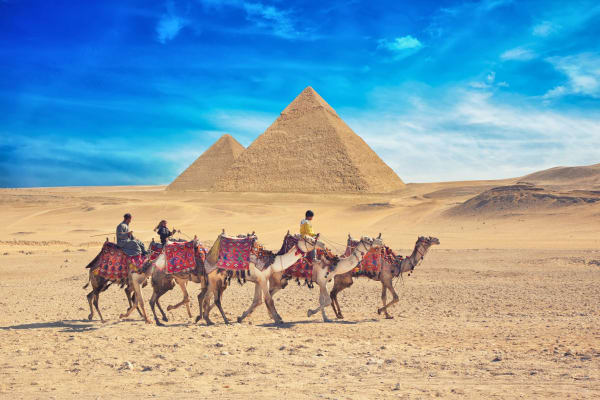 Camel ride in front of The Great Pyramids of Giza

No Egypt tour would be complete without a visit to the ancient pyramids, but be sure to get beyond Cairo & Giza to explore more of what this legendary destination offers. A Nile Cruise from Aswan to Luxor is a must, as is the stunning monument gem lost in the sand, Abu Simbel. Be sure to check out our sample Egypt Tours, our Country Spotlight:Egypt and our Egyptian Phrase Guide.