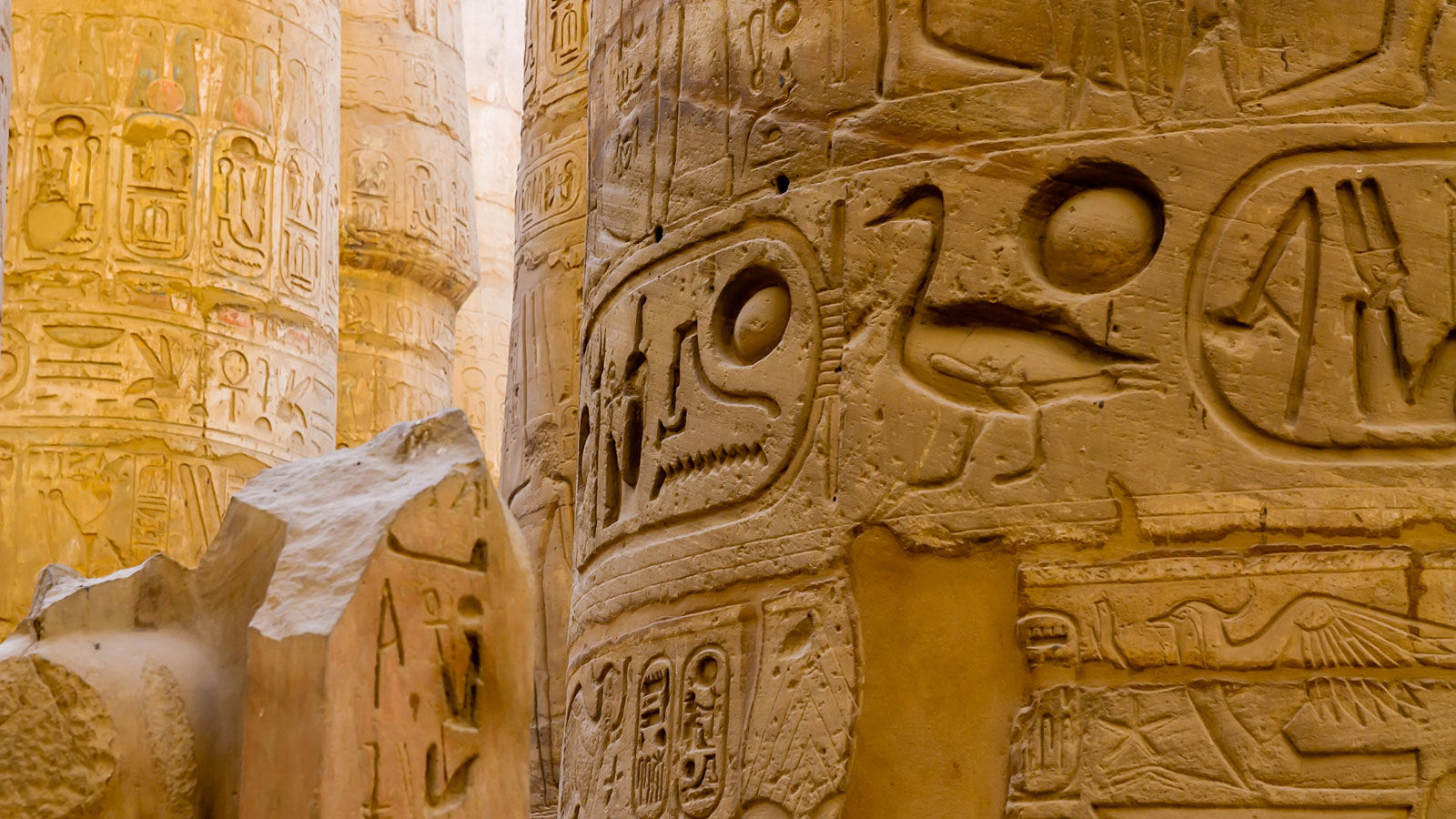 What Are The Most Useful Words/Phrases When Traveling in Egypt?

The ancient Nubian language continues to thrive in Egypt's Upper Nile Valley, and Egyptians who inhabit the coast of the Red Sea still speak in their native tongue, Beja. Furthermore, Indo-Aryan Domari can be heard daily on the streets of Luxor and in parts of Cairo. In light of such a densely convoluted history, it is no surprise that these three languages exemplify only a small portion of the many that are spoken across the distinct territories and diverse cultures united by Egypt's borders.

Masri, or Egyptian Arabic, is the most popular dialect in the country. However, the only officially recognized language is traditional Arabic: the same vernacular that dominates the entire Middle East and beyond.

To the unknowing observer, Egypt would actually appear bilingual since English translations often appear beneath Arabic script on street signs and currency. The conspicuous display of English is logical given the constant influx of foreign tourism; but, to complicate things, French is also occasionally used as a second to Arabic. (This dated practice is a remnant of historical Westernization within the realm of scholarship. In fact, many Christian schools in Egypt and several other Arabic-speaking countries still teach in French, which they consider the most prestigious language of academia and literature.)

Bureaucracy aside, the good news is that communication barriers are not a legitimate concern when planning a trip to Egypt. Taxi drivers, waiters, hotel staff, and all other members of the Egyptian hospitality force are sure to speak English well enough to ensure a smooth interaction. Moreover, Egypt tours are available in all languages so there is no need to worry about not being able to soak up every last bit of the stories and knowledge that will be imparted by the guide who administers your tour of Old Town Alexandria or the Giza Pyramids.

That being said, as a tourist in general, there is a great deal of merit in making the effort to learn a few key phrases before visiting any place where the native language is not your own. The ability to meet and greet locals the same way they do amongst themselves is a gesture of respect and cordiality that will earn you a genuine welcome and, if you're lucky, authentic friendship. After all, Egyptians spend a great deal of time making themselves understood to us, so why not take a few minutes to learn how to return the favor? On top of serving as a priceless enhancement to an Egypt trip, the knowledge will be very useful in other Arabic-speaking regions you may choose to visit thereafter.

The most common expression is inshallah (literally God willing), which is used to express hope,
blessings, and good will in general.

The most popular greeting is is’sallam aleykum (peace be upon you).
The normal response is we aleykum es’sallam (and upon you, peace).

Another common salutation is ahlan we sahlan (hello and welcome)...
...to which males reply ahlan beek (hello to you);
and females, ahlan beeki.

You can personalize a greeting by asking izzayack? (how are you?) to a male,
or izzayick? to a female.

Next, you hope for a response along the lines of ana qwayees (I am well) from a male,
or ana qwayeesa from a female.

Then, if you really want make friends with a male, you ask ismack eh? (what is your name?);
or, to a female, ismick eh?

The potential new friend should reply ismi... (my name is...)

To apologize, males say asif (sorry),
and females use asfa.

To get someone's attention, males can say lough samaht (excuse me),
and, for females, lough samahti.

Always end requests with min fadlack (please) if you are male,
or min fadlick if you are female.

Most importantly, do overuse shukran (thank you),
or even shukran jaziilan (thank you very much) should you feel so obliged,...
...and you just may receive an afwan (welcome) in return.

Perhaps even more useful is la' shukran (no thank you) said with a smile when you'd like to politely
decline the shiny goods that local merchants will fervently try to sell to you.

Finally, at some point you will have to say ma’asallama (goodbye).